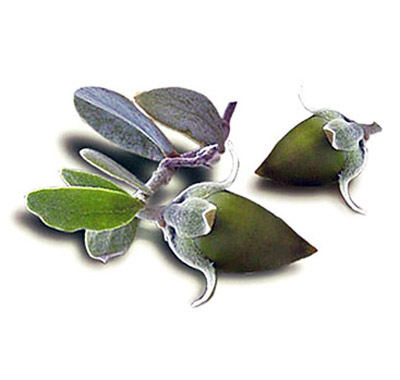 Jojoba oil isn’t actually an oil. It is known as a wax ester and as such bears a remarkable similarity to the natural oil (sebum) in our skin. It penetrates the skin very easily without making the skin feel greasy. Due to the high content of tannins it is quite a dry oil.

Jojoba is very moisturising. It will not clog the pores at all and is perhaps the best oil for oily, combination, or acne prone skin. Indeed, research has suggested that the use of jojoba oil can balance sebum production and reduce acne break outs.

In addition to making the skin feel soft and more moisturised, jojoba oil is effective at reducing the appearance of wrinkles. Studies have shown that continued use of jojoba oil as a moisturiser can decrease the look of fine lines and wrinkles by up to 26%. It is effective if used daily in face washes or moisturising creams, however, direct topical application has the best success in treating skin that is already seeing the advent of fine lines and wrinkles.

Jojoba is also effective at treating other skin ailments. If applied to stretch marks and other scars, it can reduce the redness or associated itchiness and, over time, may reduce the appearance of the scarring. It can soothe sunburned skin. Jojoba oil can add shine and body to hair, providing oils that are very similar to the natural oils produced by the scalp. It can also be very effective at treating dandruff for similar reasons – just massage it onto the scalp.

Although Jojoba oil can be applied to the skin neat, it is recommended to combine jojoba oils with other oils such as almond or apricot at 25% jojoba 75% other oils.

There are no reviews yet.

Be the first to review “Jojoba Oil Refined” Cancel reply